Finds it's home at OudInstrument.com

For a Limited time

Get 4 Free Live Tutoring Lessons Via Skype With an Oud Master!!

Join Students From Over 27 Countries Around The World.

As Featured On Bloomberg

The Ultimate Way of Learning The Oud is with Perfect Tuning ; Your Oud Comes with Marks that match the full Curriculum found at Oudinstrument.com

Ramy Adly – CEO at Oudinstrument.com is an American/Egyptian composer and master of the Oud who graduated from The Arab Oud House in Cairo, Egypt (2010) with honors, and a soloist Oud player ranked among the Top 10 Oud Players around the world.

He is a business entrepreneur, Harvard Business School candidate and founder of several startups companies.  His first company, The School of Oud Online, is joined by students from over 27 countries around the world.  Students learn the Oud instrument LIVE via Skype.

Ramy performed at The Library of Alexandria, The Kennedy Center, Barcelona Opera House and Cairo Opera House, among others.

He has been featured inThe Economist, the BBC,, Al-hurra TV, Good Morning Egypt and the Washington Post, among others.

Our CEO is an Oud Master

Live via Skype and on-demand videos

The Oud is not a product, it's a real character made in wood

Help or Have a Question? Find time on our schedule to meet with an Oud expert via Skype call.

Oudinstrument.com is proud to be an American company that is operated by top expert oud players and partnered with the best oud makers in the world. We go the extra mile to safely deliver the highest quality ouds everytime.

We insure every instrument with a full 1 year warranty and we require our oud makers to perform 33 checkpoints of inspection on every oud.

Why OudInstrument.com is The World's Leader?

Oudinstrument.com is proud to be an American company that is operated by top expert oud players and partnered with the best oud makers in the world. We go the extra mile to safely deliver the highest quality ouds everytime.

We insure every instrument with a full 1 year warranty and we require our oud makers to perform 33 checkpoints of inspection on every oud.

What are the types of Ouds?

The Iraqi oud is a musical instrument that is famous for its floating bridge, shorter size of 66.3 cm, and being ideal for oud soloists of the 21st century. It has high tension sharp note sounds that are balanced with the low base strings of the oud. The smaller size of the neck makes it easier to play fast, accurate chords and solos.

The Iraqi Soloist Oud features three open holes which allow for more resonance to be projected outside of the instrument. If you are performing or recording an oud session, you will not create the sounds you intend to play if you do not use a master oud.

The Arabic Oud is considered to be the Sultan of oriental and middle eastern sounds. It is known for its fixed bridge and medium sized length of 67.5 cm . The decorative hole coverings and larger size give more personality and soul to an Egyptian Oud.

The Egypitan oud that is for sale on Oudinstrument.com is a versatile, high quality oud that is perfect for oud players of all experience levels. Be like the legendary Farid Al Atrash and play an Egyptian oud.

The luxury oud Arab music instrument, introduced by OudInstrument.Com, may be the most valuable and expensive oud in the world. The luxury oud is meticulously detailed and ornamented with gold, amber, and rubies to embody the wealth of the Arab culture. Luxury ouds are loved by kings and leaders of the Arab world such as the oud owned by His Excellency King Abdullah II Bin Al-Hussein of Jordan,

In general, luxury ouds can be commissioned up to $1.2 Million dollars. The luxury ouds by OudInstrument.Com are commissioned with a detailed contract that start in the upper $20,000 range. The contract describes the specifications, choice of design, and the degree of precious materials such as gold, diamonds, or amber. Our contract warranty guarantees the authenticity of the materials used for the luxury oud, the safety of the shipping and arrival , and the elegant gift packaging. The luxury oud is a gift for a king and a true oud master.

We are excited to announce the most revolutionary musical invention of the 21st century. The iOud is a one of a kind, electric oud instrument that can play over 20,000 different sounds from string, wind, and percussion instruments. The iOud will also transcribe what is being played on the oud into the sheet music of any type of instrument with zero latency.

The iOud was invented, developed, and internationally patented by Ramy Adly and is exclusively for sale on Oudinstrument.com and School of Oud Online. The iOud is the most powerful musical tool for any composer or musician of all genres.

What if there is a Problem with my Oud?

What if there is a Problem with the Shipping?

Please take a video of you opening the oud when you receive it, so there will be proof of any damages or manufacturing errors. The insurance policy of Oud Instrument LLC will cover the cost of a replacement oud for you.

When will my Oud Arrive?

We partner with the world’s best shipping carriers such as DHL, UPS, and Fedex. We will provide you with a tracking number and the carrier information once your order is ready. All ready-to-sell ouds will arrive as fast as 3 days and custom ouds will be designed, built, and shipped in less than one month.

Do I have to Pay for the Shipping?

No, all shipping is free for any new instrument purchased and any complimentary items that come with it, but the replacements and returns do include a small shipping fee.

No, we do not offer refunds, but we do offer unlimited, high quality replacement ouds.

How Do I Pay for my Oud?

Are there Oud Lessons Taught on Oudinstrument.com?

You got it, Oud lessons are taught by master oud players on Schoolofoudonline.com live via skype call from the comfort of your own home and this is our parent company.

How do I Tune my Oud?

You can contact the support team at support@oudinstrument.com or by phone anytime to get any assistance with your oud. Our team of expert oud players will help you select an oud, put the strings on, and tune the instrument.

The iOud is a revolutionary electric oud that can play over 20,000 different sounds and transcribe the notes being played on the oud into any form of sheet music. The iOud was invented, designed, and internationally patented by Ramy Adly and School of Oud Online LLC. The iOud is a powerful tool for all musicians and composers. The iOud is exclusively for sale on Oudinstrument.com.

OudInstument.com CEO, Ramy Adly interviews Oud Masters from all over the World.

Read More – All about The Oud Instrument 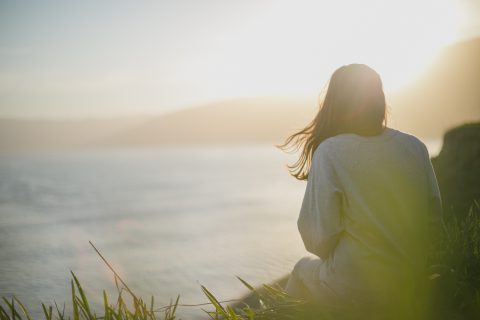 Note: By the end of this article, you will be able to learn how learning the Oud Instrument will... 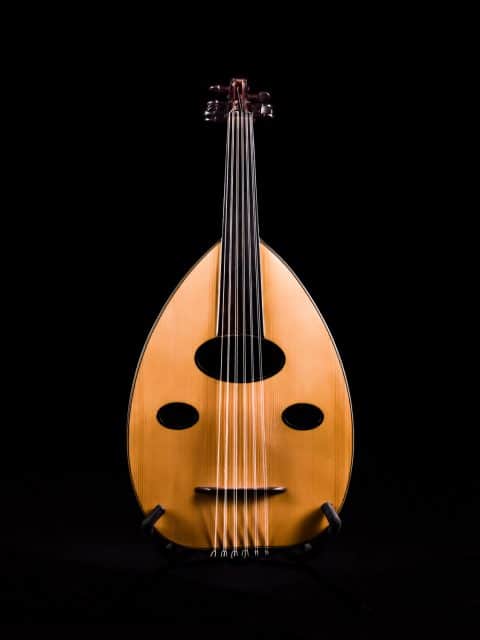 The Difference Between the Oud Instrument and the Lute

The Difference Between the Oud Instrument and the Lute The Oud and the Lute are directly related string instruments.... 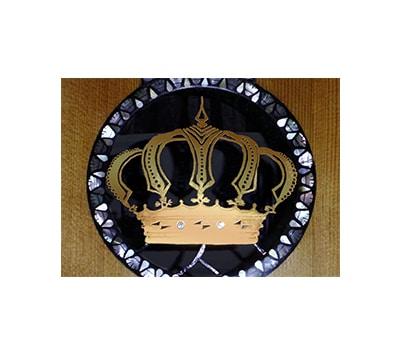 Luxury Oud Is the best gift to give an Arab Prince from Dubai and The Middle East      What is... 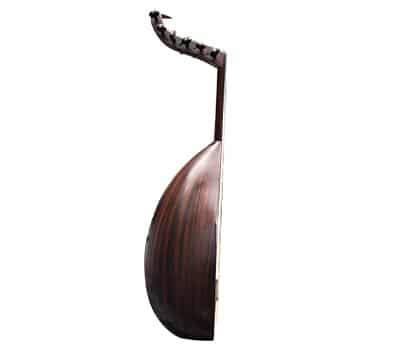 Stories of the Arabic Oud