Home The Difference Between the Oud Instrument and the Lute 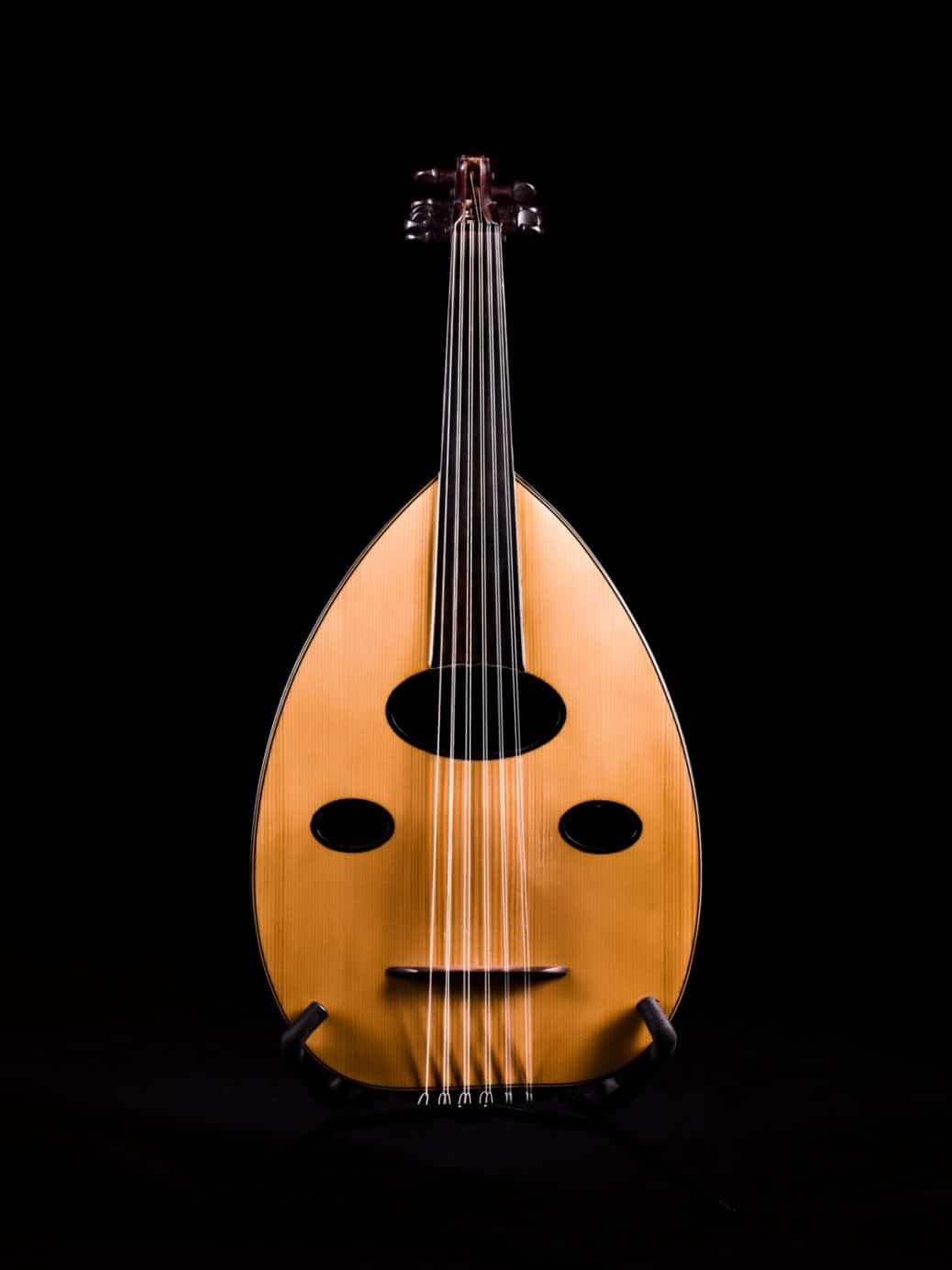 The Difference Between the Oud Instrument and the Lute

The Oud and the Lute are directly related string instruments. The Oud instrument has a hollow, teardrop shaped body with a short, fretless neck that has an angled peg box, and there are typically 11 strings separated into five courses with one low bass string. The Lute instrument has a rounded, hollow body with a wide fretted neck that becomes angled at the peg box, and there are typically 15 to 24 strings paired into 8 to 13 courses depending on the type of lute.

The main difference between the Oud and Lute instruments is that a Lute has a fretted neck and can have more strings or be a larger size than the Oud instrument. The Lute is associated with Western Shakespearean culture while the Oud is the main instrument of Middle Eastern and Arab culture.

Size of the Oud

The Oud instrument measures 58-68 cm for total length depending on the style of oud. The Iraqi oud is the smallest oud instrument and it produces a sharper sound. Egyptian and Turkish ouds are larger so they produce deeper, warmer sounds than the Iraqi Oud.

Size of the Lute

There are many different types of lutes that range from sizes of 48 cm to 91 cm. The most common type lute, Renaissance lutes, have a total length of about 74 cm.

How many Strings of the Oud?

The old Egyptian school oud used to play ouds with 10 strings in 5 pairs.
The new modern school of Egyptian, Iraqi and Turkish oud all have 10 strings in unison with 1 single, low bass string. There is a single bass string because two bass strings would cancel each other out.

Strings of the Lute

The lute instrument can have 15-24 strings that are paired into 8-13 courses and the first course is the single highest pitched string. The common renaissance lute has 8 courses of 15 strings.

Tuning of the Oud

The main tuning of the Oud from top to bottom is
F,A,D,G, C,F

Tuning of the Lute
The main tuning of the lute from top to bottom is
A,B,C,D,E,F,G,A,D,F,A,D,F

The Oud is the Ancestor of the Lute

The lute did not appear until the early 14th century and it was used mostly in Europe for Western classical music during the renaissance era of music. The lute is the direct descendant of the Oud instrument which was brought to Europe by the Oud player and philosopher Zyriab in the 9th century. Musicians in Europe eventually added frets to an Oud and created the lute. It was used to complement the voice and many composers such as Johann Sebastain Bach used the lute to compose their classical pieces. The Oud is the direct ancestor of the lute and therefore it is the ancestor of almost all string instruments in the world today.

Leave a reply Click here to cancel the reply